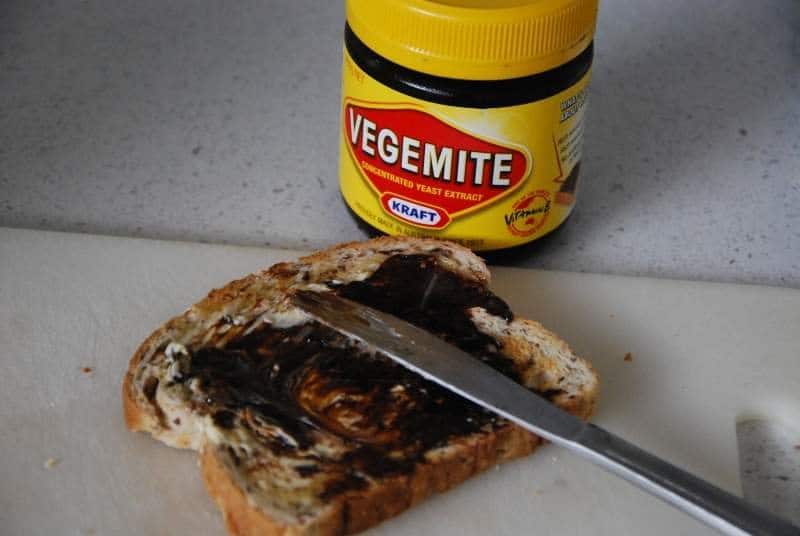 It was created in Melbourne by the chemist Cyril Callister, when he was working for the “Fred Walker Cheese” company. High quantities of group B vitamins in the yeast-based spread were meant to be quite beneficial to children.

Following a competition for the best name of the product, a prize of 50 pounds was awarded to the author of the name “Vegemite”. From here commenced its long journey to popularity. The brown spread, though in attractive packaging, wasn’t taken a fancy to straight away. The company tried to rename it to Parwill, hoping that the product will surpass in popularity its contender, Marmite. More than twenty years were required for people to get used to it, and only after World War II did Australian consumers notice it. The company’s commercials aided in this and the “We Are Happy Little Vegemites” jingle became extremely popular. After this, as so often happens, the American food industry giant Kraft became interested in the Australian product, which they produce to this day.

Vegemite is not liked by everyone, as it has a specific taste – it is quite salty, slightly bitter and isn’t consumed by itself, but is a good addition to a meat, fish or vegetable sandwich.

It can be said that, in order to sincerely enjoy the taste of Vegemite, one must be born an Australian and eat it from their early childhood. There is a big chance that you will not like it, but it is an interesting, exotic souvenir. Vegemite can be purchased at any Australian supermarket, as well as in souvenir shops and duty-free stores. Just a hint – don’t buy a large jar, there’s a big chance you won’t finish it.

The Great Ocean Road is rightly considered to be one of the most picturesque ocean roads in the world. The culmination of your trip will be visiting another of Australia’s icons – The Twelve Apostles

Full day tour to Phillip Island, where you will have fish caught with your own hands, try magnificent Australian wine, take a walk in a wildlife park amongst traditional Australian animals and see a Penguin Parade the conclusion of the day