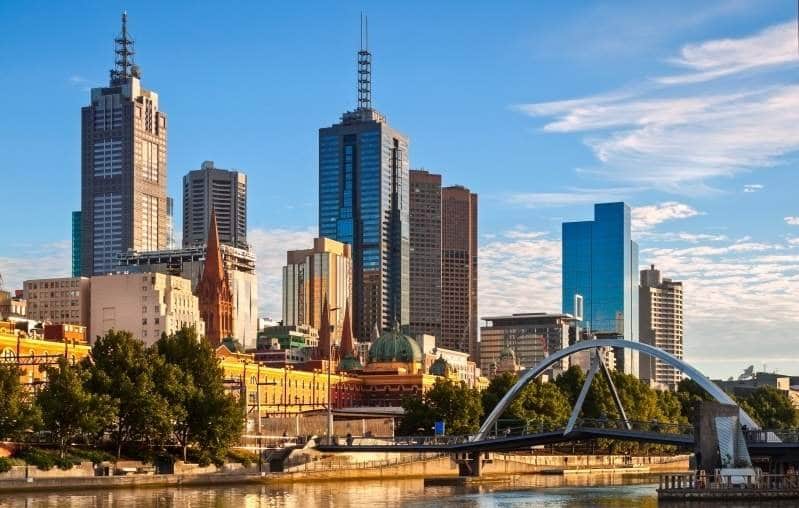 Our busy whole day excursion program includes a Melbourne sightseeing tour and a trip to Phillip Island for the Penguin Parade.

Melbourne! Over its almost 180 year history, it has been given countless titles. These include ‘The Culture Capital’, ‘The Sports Capital’, ‘The City of Gardens’, ‘The Most European City of Australia’ and much more. For the past five years (2011-2015) Melbourne has held the title of the world’s most liveable city (as rated by The Economist magazine).

About this and many other things you will find out during our sightseeing Melbourne city tour.

A comfortable minibus will pick you up at your hotel and, for a few hours, you will have the opportunity to delve deep into the past and present of our beautiful city. Your route will take you through the city of Melbourne, where modern skyscrapers coexist with Victorian buildings of the gold rush era. You will take a walk in the impressive Fitzroy Gardens, where you will have the chance to visit Cook’s Cottage (entry tickets included).

Before you will appear the monumental House of Parliament, Princess Theatre and the historical Hotel Windsor. After this, you will visit the Chinatown of Melbourne, one of the oldest Chinatown’s in the world, and then the suburb of Docklands, the substantial population of which is constituted by the Melbourne youth.

Towards the end of the trip, you will see the coastal suburbs, where the metropolitan landscape will be replaced by resort scenery of beaches and palm trees. On your way there, you will have the opportunity of feeling what it is like to be in the driver’s seat of a car on the Formula One Melbourne Ring.

One tour, at a price you won’t regret.

Before your visit to Phillip Island, you will have an hour or so for lunch in the city.

After the Penguin Parade show, you will be dropped off back to your hotel in Melbourne.

Admission to Penguin Parade as well as tickets to other attractions on the way is not included in the tour price.

You have not viewed any product yet!